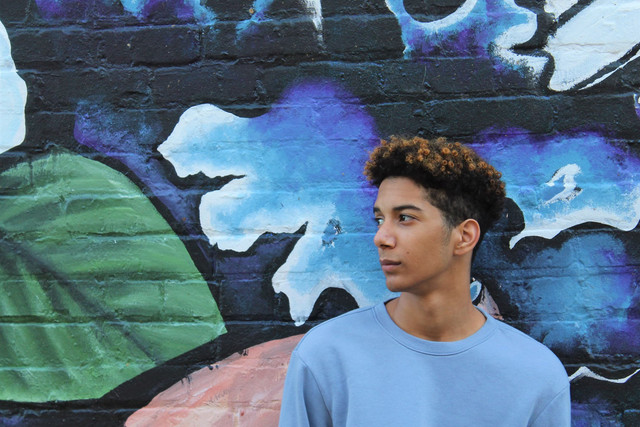 A generational artist, Tyson has been singing since he was 9 years old, but focused his early career to competitive dance. Winning awards, choreographing numerous numbers and above all always being a student of forms of dance, genres of music, and eras of production, he surpasses his triple threat artist peers culminating in the highly anticipated, “I’m Falling”. “I’m Falling” shows off Tyson’s ability to tap into R&B sounds of the past while blending in modernity that will prove to be Tyson! Written, composed and produced by Tyson, “I’m Falling” is first release of many more to come as he becomes not just a house-hold name, but a global star!

Tyson is a 17 year old R&B Pop singer, songwriter, dancer, producer. With a unique sound, influences from all genres of music. Tyson began singing at the age of 9 at local venues such as fairs, local casinos, and restaurants and competed amongst 500 youth from around the world in Disney World at age 12 where he was awarded Top Vocalist.

Who is Tyson Fields

A student of music from a young age, Tyson has embraced many genres of music and sought out an understanding of many forms.
At the age of nine, he demonstrated tremendous ability to replicate the artists he was drawn to and with began getting vocal training. He began singing in public the same year landing performances at local fairs, casinos and restaurants. Getting a great response from the audience, he realized early what he wanted to do professionally and continued his training seeking out every opportunity to learn from family, friends and professionals how to become an artist. In support of his vocal training, Tyson learned to play the keyboard, guitar, and ukulele and has utilized his skills to develop his songwriting. At the age of 12, Tyson’s work was rewarded as he was awarded Top Vocalist in a global competition at Disney World. Tyson is the consummate artist. He constantly challenges himself to study, learn and ultimately master all aspects of music. He has spent the last years dancing competitively to supplement his stage presence and worked with local producers who have taught him the production of his works. Tyson Fields was created to entertain, to perform, and to speak to his fans and listeners through the language that connects us all, Music!