Storm & Stone: “Town That Made Me”

Storm & Stone revealed the new single, “Town That Made Me“, today!

“Town That Made Me” is now available at: https://orcd.co/townthatmademe

Town That Made Me 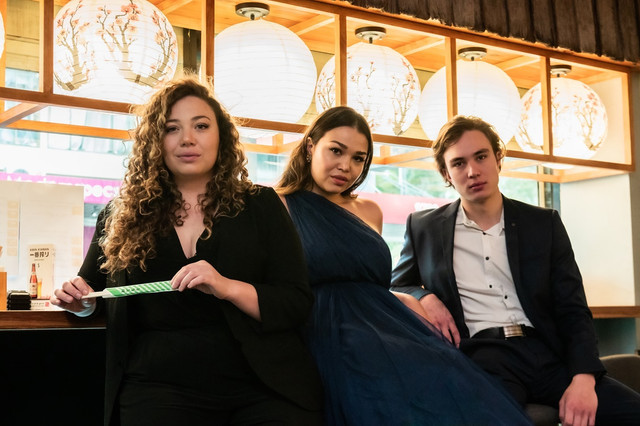 The song talks about family ties and influences that have shaped the band’s music. There are autobiographical elements in the text (ex.: My mama pushed and then lay still ; My daddy came and raised me up, I never can thank him enough) that highlight gratitude. This gratitude is not only addressed to the parents but also to the city that has seen them grow.

Storm & Stone say: “This song is a tribute to the people that made us. Our family and everyone that made a difference in our lives. It’s about the town that we were born in and the people who raised us.”

“Town That Made Me”  was recorded at A Sharp Recording Studio & Kiln Studios, and was produced, mixed and engineered by Matt “Xiro” Fioravanti (Kwame, Phil Fresh & Bread Club.

Storm & Stone’s “Town That Made Me” will also be included in the Australian film “Love You Like That”, due out later in 2021.

Storm & Stone are not your average family band. The three siblings (Auriel, August & Hallelujah) came from humble beginnings in the Blue Mountains. As Pitchfork Music recently wrote, “bands like Storm & Stone are blurring the lines between the genres, creating new fans for both in the process. Great heartfelt lyrics, melodic harmonies, and inspired vocals all around. Storm and Stone are a rare combination of great storytelling and great musicianship able to multi cross genres.”

After finding international success with features on Icelandic EDM tracks “Dive Right In” & “Start With Tonight”, this trio has been quietly working on bringing their own unique brand of Folk and Pop to listeners everywhere, fast-tracked by their own cameo & music soundtrack debut in Australian Feature Film “Love You Like That” starring Mitchell Hope (Disney’s ‘The Descendants’, Netflix ‘Let It Snow’), John Jarratt (‘Wolf Creek’, ‘Picnic At Hanging Rock’) and Steph Tisdell (co-host of Spotify’s ‘I Can’t Stop’ Podcast, & regular on ‘The Project’ and ‘Hughesy’s We Have A Problem’). Storm & Stone are truly showing their prowess on their debut single “Bad” with the Official music video out now.