Mathias le Fèvre is a Danish model & creative director based in London. Mr Le Fèvre is in many ways a style icon with a strong social media presence. Mathias began sharing his passion for style in 2010 and has now gained a following of over 150,000 followers on his Instagram profile. Mathias has through his career in the fashion industry worked with high fashion houses such as Canali, Gieves and Hawkes, Salvatore Ferragamo, DAKS, Ralph Lauren and many more. He is also a brand ambassador for the reputable menswear portal, The Rake Magazine. 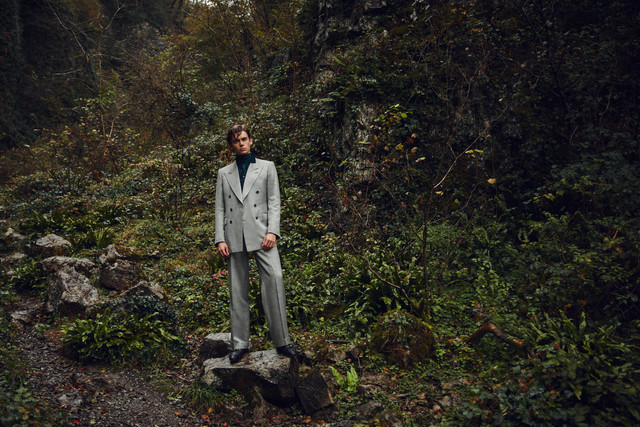 Mathias was born in 1996 and is today 24 years old. He moved to London to pursue his biggest dream: entering the lifestyle and clothing industry. What can I say? He succeeded! His outfits are featured in the Vogue gallery, GQ and is always snapped by the paparazzi at the major men’s Fashion Weeks; London, Milan, Paris.

His most famous collaboration is with legendary tailoring house of Savile Row, Gieves & Hawkes, which is known for making the unforms for the British Army and Royal Navy since 1771.

The influence of Social Media

Le Fèvre explains how social media and the internet influenced his style. Mathias was born in Denmark and at the age of 15 he created his first business which forced him to educate himself on elegant clothing suitable for cooperate dress codes. During this research, Le Fèvre discovered the world of bespoke clothing. This is where it all comes from: Mathias is passionate about fashion!

We use cookies to ensure that we give you the best experience on our website. If you continue to use this site we will assume that you are happy with it.OkPrivacy policy