DJ Xclusive City Is Shaking Up The Club Scene

DJ Xclusive City is turning heads and gaining attention in Orlando’s clubbing scene. He is a man who used to assist DJs and bands set up for their performances and today he became a prominent party-starter in the city.

DJ Xclusive City, grew up under the influence of his Haitian parents, who migrated from Haiti to the US and really had to struggle to provide for five children while working multiple jobs. He was born in Providence, Rhode Island, and fell in love with music at a young age. He used to accompany his parents to church where he began playing the drums at church, then later picking up the bass guitar and teaching himself how to play that as well. During this time, the young boy spent a lot of time sitting by the radio listening to DJs patiently waiting for them to play his favorite songs so he could record them. Around 12 years old, he began making mixtapes for his classmates, using a CD burner and old hip-hop records he borrowed from his uncle. Xclusive City even helped his uncle’s crew in carrying equipment, loading-trucks, and wrapping wires.

Xclusive City’s time with his uncles and other musicians instilled passion and love for music, specifically DJing. What made him admire these professionals the most was the way they were able to control the music., how their tracks pumped people up with excitement, and how beautifully they can make the audience shake their bodies. Everything about DJing inspired him, building a passion for this profession. He was determined to build a DJ career.

Fast-forward to the present, DJ Xclusive City is one of the top DJs in the city. He acquired a stage name and became a sensation in the clubbing world. Shortly after he joined 104.5 The Beat (WTKS) and iHeartRadio as not only a DJ but as a Radio Personality with his very own show. He is currently one of the official DJs for the Orlando Magic NBA basketball team as well. Not only did he fulfill his lifelong dream, but he also succeeded in it.  He has been featured on MTV’s Wild n Out, NFL 2020 Pro Bowl, NBA Orlando Magic, Jr. NBA, Overtime’s Hello Newmans, Diddy’s Revolt TV in LA, Revolt Music Conference in Miami and VH1’s Master of the Mix. Moreover, he has worked on collaborative projects with several brands, including Hennessy, Bose, Curls, Rane, Hpnotiq, diesel, BeBe, Puma Sneakers, Jimmy Jazz, and Pull-in. Most importantly, he is the co-founder of Xclusive Media Group, an entertainment company. 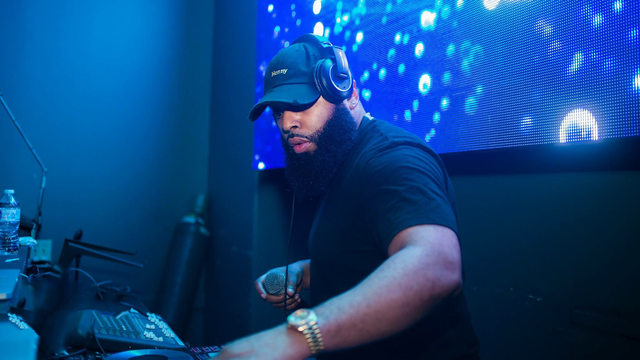 On a Roller-Coaster to Success…

Spending time with his best friends growing up, persuaded him to wish for a turntable as a Christmas present from his parents. When he was 15 years old, his parents gifted him one turntable and a mixer, so he had to save up his summertime money to eventually get the other turntable to complete the set, which marked the start of his journey towards being a top DJ in Orlando.

He started playing in local clubs and bars and soon landed on a gig at a major club in town, The Strand. DJ Xclusive City was underage at that time, and he performed with security assigned to him. It was a huge opportunity for the aspiring DJ, and he did not stop there.

The Haitian-American boy started performing at Haitian Flag Day Festival, The Dominican Day parades and local festivals around the city every year. He was then invited to perform at West Indian-American Day Carnivals, the Cape Verdean Independence Day Festival and to the Calle Ocho Music Festival in Miami.

DJ Xclusive City partnered with a few of his high school friends to establish an entertainment company, OG Entertainment. They formed a group called Da League with DJ Xclusive City as rapper L. Dotti, HUS. and Rob Re and they were able to put out a few solid projects, went on tour and performed for all types of events.

DJ Xclusive City has performed and is performing across all major clubs in Orlando. He started with VAiN Nightclub and is now blessing the audience with his Hip Hop, R&B, Reggae and Kompa tracks across One80 Skytop Lounge, Mango’s Tropical Cafe, The Beacham, Emberl, Celine, Vyce Lounge and M Lounge.

Moreover, he was invited to DJ at Empire Hotel, Yotel, High Bar, Sky Room, Ravel Hotel, Kimoto Rooftop, and even on cruise events, including Queen Of Hearts, Circle Line, Carnival Cruise, Harbor Lights. DJ Xclusive City has contracts with Marriott Hotels, Playboy, Pepsi, Prestige Beer and CSE. In 2019, he was chosen as the newest member of the world famous Da Union DJ Crew and he even produced mixes for Tommy Boy Records.

DJ Xclusive City’s life is an example of how a person, with dedication and passion, can achieve all their dreams. He started dreaming of becoming a top DJ when he was just a young boy. He studied at Central High School and then completed his GED from Alternative Education Complex, and set out to fulfill his dream.  DJ Xclusive City did not settle until he was able to establish his passion as his career, and he did just that!