Brazilian artist BEEA releases single “Let You Go” inspired by a true love distance relationship story. With the music gift inherited from his father, Beea has always had music in her vein.

The singer and songwriter was born in Brazil, but it was in the USA that she expanded her voice with her authorial work. In Los Angeles, she worked as a back vocalist for some Latin artists such as Luiz Fonsi (Despacito), with whom she had the opportunity to attend the Latin Grammy. Her Latin background combines pop and soul with Brazilian elements. As a composer, her lyrics are autobiographical and reflect some cycles of life, making an existential reflection with intensity. Her evident passionate personality conveys strength and resilience in the counterflow of the challenges and impasses experienced, exposing the vulnerability organically, prioritizing her real side. 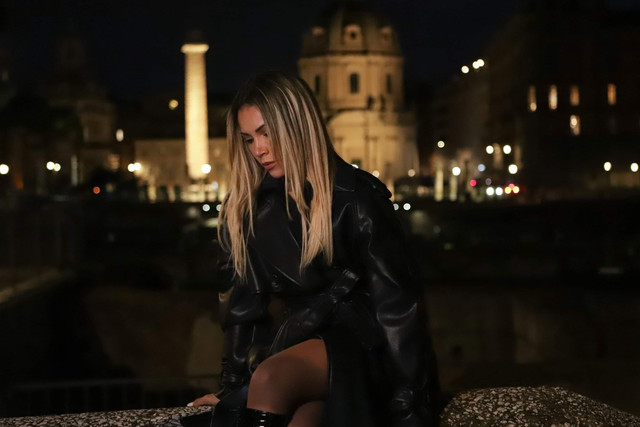 With “Ride Or Die” released in 2018, she won a semifinalist position in the traditional American award “Song of The Year”.

The artist now releases the single “Let You Go”, which reflects a love story hampered by distance: “Love cannot be felt over the phone, Love cannot be true if I am left alone”.

The music video was filmed in Rome, a romantic setting, ready for the drama the song expresses. The melancholy evidenced by the lights at night of the Colosseum, the bridges in the Vatican, has the beauty and grandeur equalizing the atmosphere

“The song talks about a distance relationship that started in Rome, so I really wanted to convey the truth of what I experienced. However, without giving a depressive connotation, the usual suffering cliché unconsciously inserted in our culture, speacially for women. Instead, I chose my safe version, I let it go without me getting lost in this path ” divides the artist

The track was mixed, mastered and produced at PRODJ studios – Lisbon Portugal, music and lyrics are by Beea, arranged by Diogo Tenreiro and Jorge Rijo.